SUNBURY — United Plate Glass outside Sunbury was named the 2021 Green Business of the Year by the Central Pennsylvania Chamber of Commerce.

President Nate Lawrence, who co-owns the business at 4762 State Route 890 with Dave Zartman, of Zartman Construction, said the company recycles 30,000 pounds of glass a year and 200 pounds of aluminum a week. The Zartman family has owned the business since 1980.

“It’s a privilege to be recognized,” said Lawrence. “We certainly didn’t do this for the recognition, but it means a lot to the business and we’re proud of our efforts and are extremely honored.” 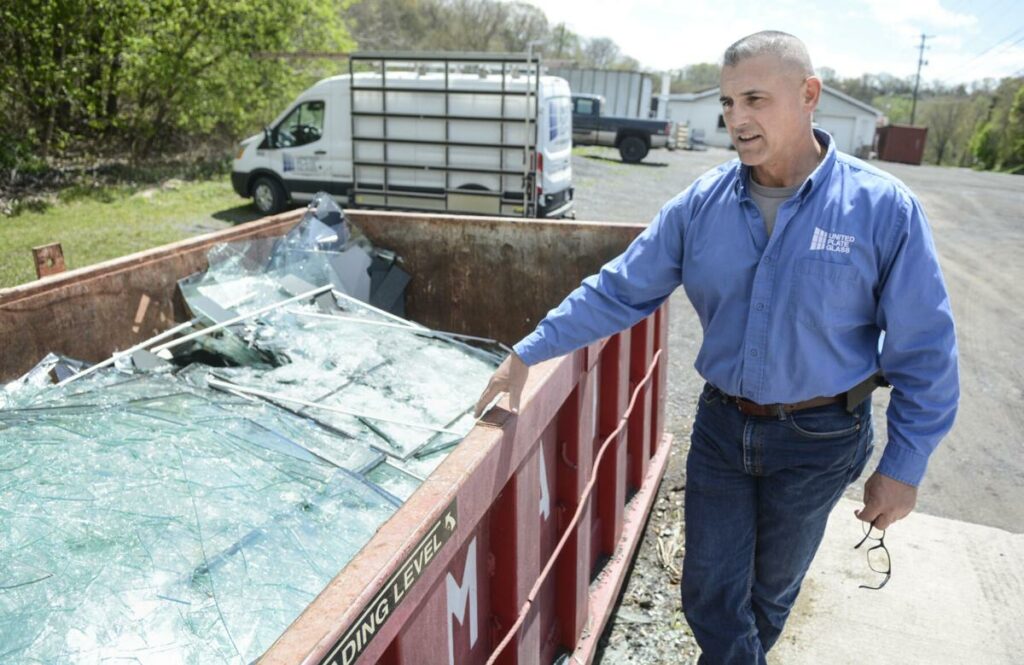 When Lawrence came into the company five years ago, he said he recognized the company disposed of a large amount of glass and decided to transition the company with the assistance of Zartman Construction in Northumberland into a more environmentally responsible clean-up instead of sending the excess material to landfills. This all comes in the form of scrap from the fabrication shops and from job sites.

“We want to do our part in being a green business and being environmentally responsible,” said Lawrence, who has previous experience in glass manufacturing “It makes sense if the material we’re using can be repurposed and used for new glass.”

Over the last five years, United Plate Glass increased employment from 5 to 21 and increased annual revenue from $500,000 to about $5 million, Lawrence said.

“Year over year, we just continue to double volume,” he said. “We’ve had a lot of guys that we were able to bring on board, and we have a terrific team here. The team itself, they’re the ones that need to be credited.”{p dir=”ltr”}The chamber, located in Milton, names a recipient of the award each year on Earth Day based on the green business recognition applications it received through its website over the past 12-24 months. All chamber members that complete the form are eligible to win, according to the chamber.{p dir=”ltr”}Businesses are given a score based on their green efforts. United Plate Glass scored high in many of the program’s categories, including solid waste prevention, recycling, purchasing and energy and water conservation. That is then combined with an optional section that provides more details about green efforts, according to the Chamber.

The Green Business Award is made from the top of a recycled steel drum container and was presented on April 27. A plaque will also be given to United Plate Glass, and the business will remain on the Green Business Wall at the Central PA Chamber perpetually for all visitors to see.

< Back to All Posts